On Spirituality and Howling 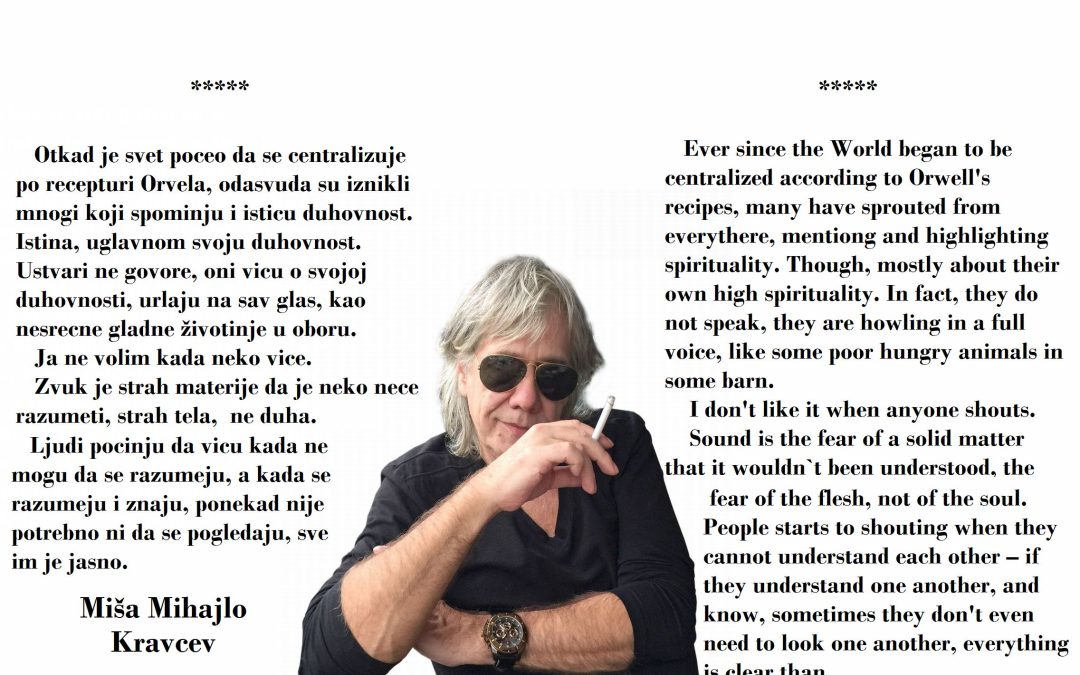 Ever since the World began to be centralized according to Orwell&#39;s recipes, many
have sprouted from everythere, mentionig and highlighting spirituality. Though,
mostly about their own high spirituality. In fact, they do not speak, they are howling
in a full voice, like some poor hungry animals in some barn.
I don&#39;t like it when anyone shouts.
Sound is the fear of a solid matter that it wouldn`t been understood, the fear of the
flesh, not of the soul. People starts to shouting when they cannot understand each
other – if they understand one another, and know, sometimes they don&#39;t even need
to look one another, everything is clear than.