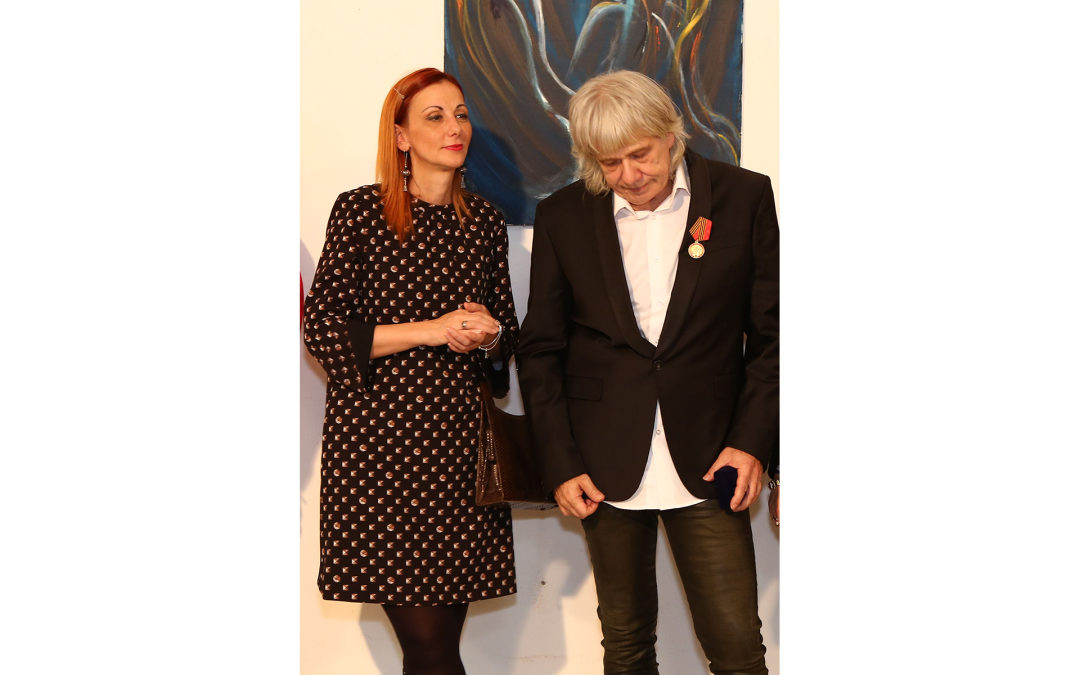 &quot;Everything a human being can imagine – exists. Everything that a
human being can feel – I shell try to paint and express on to a
canvas&quot; – Miša Kravcev
There is a large number of artists on a local art scene, but rare are
the ones who continuously and diligently build their art creed with dedication based
on archetypical symbolist experiences… whether they are in
mythological beings, animal motives or ancient myths.  Versatile and
affirmed on the art scene, he is one of the most popular and
best-selling painters – Miša Mihajlo Kravcev.
With his Russian roots and sensibilities, Misha is a painter of
heaven, earth and water, his magical visions are transformed into
green, blue and purple coloristic rivers. From the very beginnings of
his art, his opus is intertwined with powerful symbols that carry
layered meanings and are deeply rooted in the traditions of all
nations.
The retrospective exhibition of his painting is featured in the Grand
Gallery of the Serbian Army, and it includes all the phases of his
fertile work – from the antiquity to the fantasy … via his visions
of the animals and birds.
Misha Kravcev is an artist of strong impression, painter’s instinctive emotions, sensual
and spontaneous, and above all, deeply dedicated to the world of antiquity. Creation is
for him a matter of moment, and paintings are born in one breath.
Within iconographic and thematic interpretations of well-balanced compositions of this
artist, a powerful, subjective drawing of pronounced subconscious, refined coloring, fluid
forms and delicate shades are revealed. The coloring skill is based on harmonies in
which lyric, antique beings … Orpheus, nymphs and fairies introduce each observer into
Arcadian games.

Greece is also reflected in other Misha’s cycles through contemporary, realistic
landscapes displaced in a different color than usual.

The Horse theme in Misha&#39;s spiritual pursuit has a special place. He transposes them
from the real – into the imaginary world. Horses have white manes
and are bursting with energy and color, while
at the same time they are following the emotional and spiritual inner
voices of the painter – they are often transformed into their
mythological counterparts … dragon horses and unicorns. In the art
world of Misha Kravcev, a horse is always unconstrained, without the
real, painted rider.
In the latest works of this fertile creator, the most common motives
are the flamingos and phoenixes, because of the powerful message they
transmit to the world.
With incredible sensibility, Misha Kravvev is one of those
painters who is in constant search of unattainable in his art and in
life respectively.